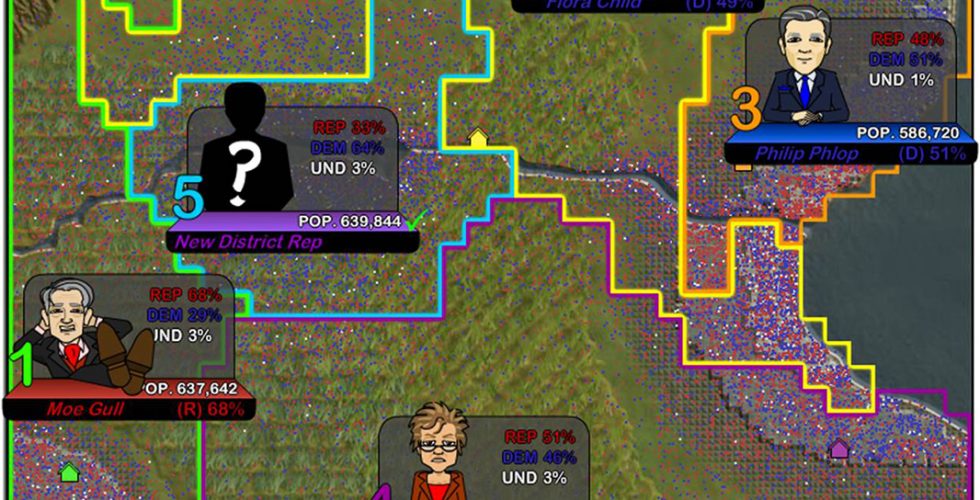 The Redistricting Game is an early serious game to teach the basics of redistricting. The game effectively simulates the complex processes of congressional redistricting, beginning with a responsive 2D map-drawing puzzle, followed by role-playing to usher the map through the legislative and judicial branches of government.

The Redistricting Game was created in 2007 at the USC Game Innovation Lab - part of the USC School of Cinematic Arts', Interactive Media Division. It was developed for the USC Annenberg Center for Communications by a team including Chris Swain, Peggy Weil and Jeremy Bernstein.
http://www.redistrictinggame.org