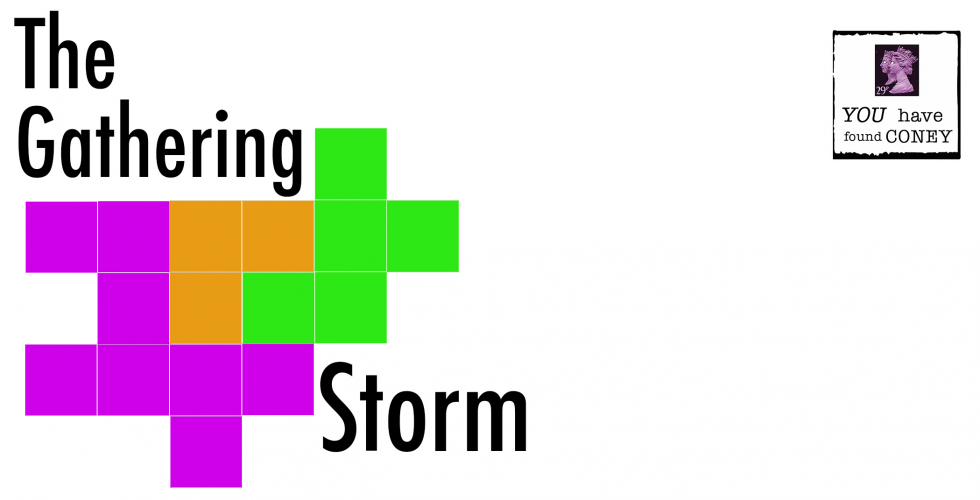 A scratch game for many players, about governing in the face of a gathering storm.

Join a series of live playtests of The Gathering Storm in The Village area of the festival at Somerset House.

Coney is an award-winning charity making all kinds of play - immersive and interactive theatre, adventures, and games - to spark change. Projects include A Small Town Anywhere, A Game Of Legacy with Bernie De Koven, and Codename: Violet, an intervention by Greenpeace and our Young Coneys, young people aged 7-13 making play for grown-up audiences.
http://www.coneyhq.org/h
@agencyofconey