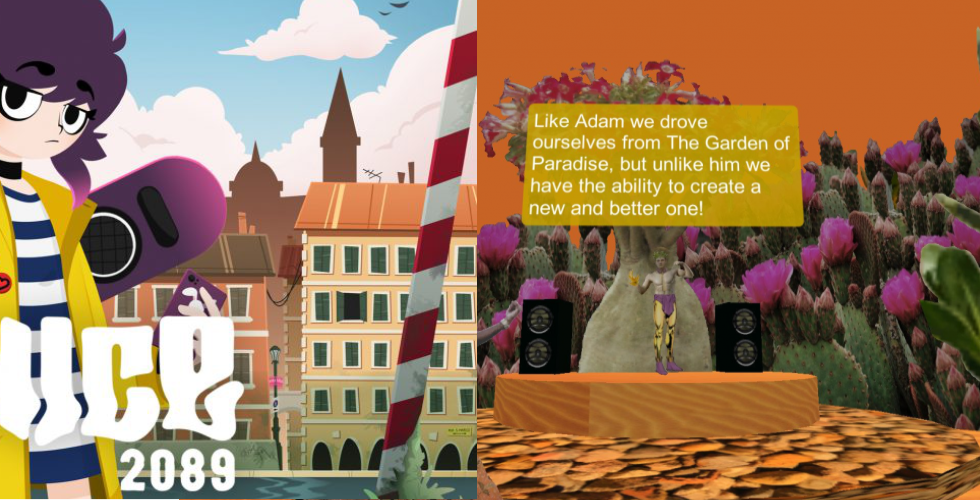 The creators of Venice 2089 and Even in Arcadia join the Now Play This team to discuss games that look at a future in which it might be too late. Venice 2089 explores a future Venice suffering from city-destroying floods from the point of view of a teenager, and Even in Arcadia posits the idea of single use planets through its cosmic-capitalist narrative. We’ll play the two games and explore how the character development and narrrative environments of the two projects present possible futures.

This event was streamed on our Twitch channel on March 27, 5:00 pm GMT

Phoebe Shalloway (any pronouns) is a game developer and writer from the United States. They are especially interested in experimental narrative forms, interdisciplinary media, and media that deal with issues of environmental catastrophe and capitalism.