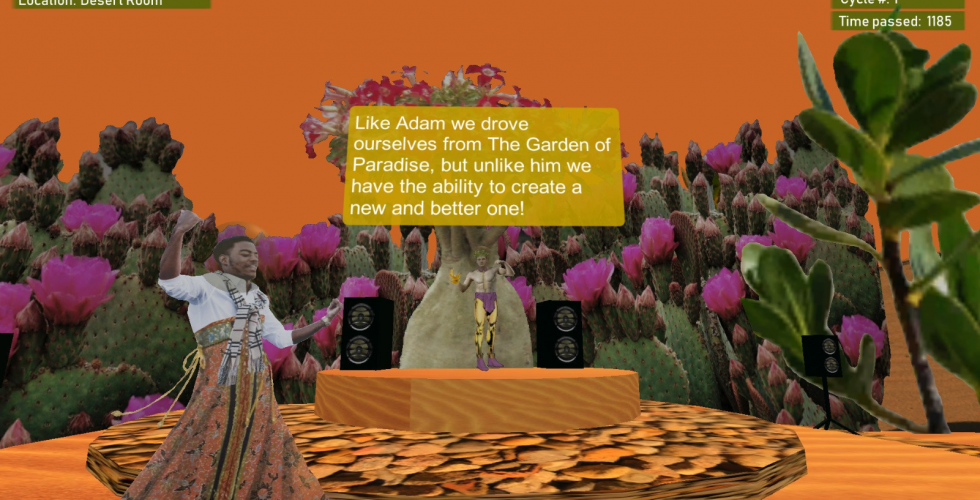 You are an attendee at the launch party for a newly-developed planet in a hypercapitalist future where corporations develop and throw away entire planets like smartphone models. Explore the brand-new Arcadia Gardens and eavesdrop on a cast of characters whose dramatic evening plays out in a repeating cycle.

How To Play: You can download the game from the project’s itch.io page. Take your time exploring the game’s environment and follow the differrent characters to get a sense of the future being portrayed.

Phoebe Shalloway (any pronouns) is a game developer and writer from the United States. They are especially interested in experimental narrative forms, interdisciplinary media, and media that deal with issues of environmental catastrophe and capitalism. Even in Arcadia was originally created as their senior thesis project at Vassar College, Class of 2018. Phoebe has also created several other small and strange solo games, which can be played at https://girldebord.itch.io/.