We’re so excited to be back at Somerset House after two years of hosting Now Play This online, but we know that being on-site for this year’s festival won’t suit everyone. So we’ve made sure to provide lots of different ways to be involved, whether that’s by exploring our outdoor games, or taking part in the fun online. Have a look below to design your perfect visit:

Taking place on the River Terrace, we have a series of outdoor events for you to take part in a fully outdoor experience of the festival. 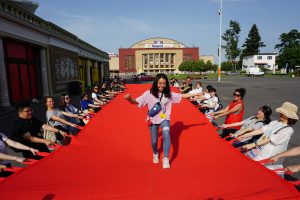 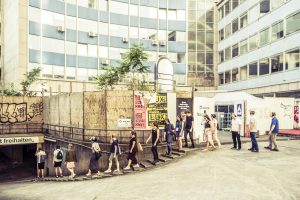 Sculpture Playground by Leap Then Look is a set of brightly coloured wooden objects which invite participants to test their potential for play and temporary sculpture making. Designed to be rolled, rocked, wheeled, stacked and combined into multiple ever-changing arrangements.

Join in a giant game of Cat’s Cradle with a 25-metre-long red rope, exploring our roles and experiences of community during a playful, public political act. Collaboratively, let’s test the question of ‘what if’.

Collaboratively design an interactive sound exchange to play with a stranger near you. This live-prototyping project explores new ways to provoke connection and play between strangers who are sitting in the same public space. Come and try out your ideas for sound effects that might help with social icebreaking or provide opportunities for play and games to emerge.

Red Crossing creates physically intelligent structures to facilitate cooperation, emotional release and transcend the expectations of infrastructure as fixed. Emboldening viewers to become participants, the experience of building is part of the installation. Red Crossing grows in magnitude with participation, displacing passive spectatorship but associations with cooperation and dynamism.

Join us for a series of walking conversations in public space around Somerset House as we discuss the themes of the festival with the artists behind some of the exhibited works. You will be equipped with silent disco headsets, allowing you to follow the conversation as we move through the city. 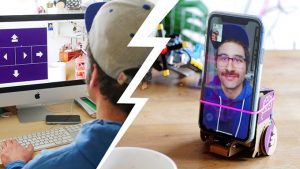 It Could Be You

In 2034, the fictional island of Notland declares independence and citizens are randomly selected by lottery to form a government. Using an online larp (live action role play) format, players embody one of these citizens as a character and simulate a more direct form of democracy, collectively imagining endless possibilities through shared play.

Factions by Steve Dee is an online reality game (ORG) that fuses together elements from Survivor and Two Rooms & a Boom. The twist is that players aren’t told how many teams there are or what all the secret rules are. Deduce as much information as possible, vote out your opponents, and be the last coalition remaining.

The small telepresence robots for this workshop are controlled through the internet, so you’ll be able to remote control the robots as they drive around and join in on the fun from home. 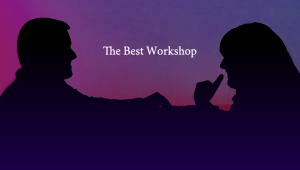 A conversation about games that explore what happens when the people in power are thrown out.

We’ll play and chat with some of the makers behind Orwell’s Animal Farm, Statues and We Should Totally Stab Caesar! – all of which are shown as part of our exhibition this year.

A conversation about games that explore small freedoms and interactions in commercial spaces. We’ll play and chat with some of the makers behind Out For Delivery and co-open, both which are shown as part of our exhibition this year.

What is the best thing? How do we decide? How do we agree? Game designer Harry Lee Shang Lun leads this experimental workshop on choices, values, and rules. We’ll explore and critique systems of power by playing, breaking, and creating together. Come join – it’ll be the best.

A conversation about hands-on, embodied game making tools and ways to make getting into game design easy. We’ll chat with the makers behind the new game making tool Downpour and the Telepresence Robots that are roaming our design camp space this year. And we’ll have a look at some of the amazing things created with these setups during the festival.

A conversation about playful online formats that collectively imagine (and subvert) community. We’ll play and chat with the makers of and participants in ‘Factions’ and ‘It Could Be You?’. Both are part of our online programming this year and represent two very different playful traditions: Online Reality Gaming (org) and Live Action Role-Playing (larp).